Weekend Away: Time out in the Tankwa

Good things sometimes are a while in the making. We recently spent a long-delayed weekend camping in the Tankwa National Park. We'd originally booked a year ago but due to conflicting diaries, the dates kept shifting until we eventually settled on the Women's Day weekend in early August, a good time to catch the spring flowers.

For those heading out of Cape Town, it's around a five-hour drive, depending on how many farmstalls you stop at on route. (Incidentally, this is the same route that people attending AfrikaBurn must take.)


First, though, there was a compulsory stop at the Tankwa Karoo Padstal which burnt down in 2014 and has since been rebuilt. My husband and I had a bet on as to whether they had koeksisters or not. I won (and he still owes me some Sauvignon Blanc).


Our destination, however, was the Langkloof, where you'll find a pair of campsites deep inside the park at the end of a long valley at the foot of the Roggeveld Mountains, just below the escarpment of the Upper Karoo. From here it's roughly 50km to Sutherland as the crow flies. Unlike the more desolate plains, this area is well-vegetated with a running river which, I'm told, is sometimes prone to flooding.


For complete privacy it's best to book both campsites, each of which has its own kitchen, toilet and shower area. There is no electricity here, but SANParks lays on paraffin lamps, gas geysers for hot water and hand soap, considerable luxury considering the remoteness of our destination. We chose to set up camp at Langkloof 1 because it had more space and was sheltered from the afternoon sun.

The campsite is located next to the ruin of an old homestead which must have had spectacular views when it was all intact. If you're a keen mountain biker, then don't forget to bring your wheels. You can also lace up your hiking boots and climb up the nearest koppie, something the two men in our party were only too keen to do.

Similar to Namaqualand, the Tankwa Karoo has its own flower spectacle in spring, and we were lucky enough to catch the beginning of it.

And like all good campsites, we enjoyed the company of many resident bird species, including a very vocal pair of bokmakieries, plenty of malachite sunbirds, Cape buntings, Cape robin-chats, a pair of rock martins nesting under the eaves of the bathroom, and some very "familiar" familiar chats. The occasional iron clang of the windpump, the sound of the running river and birdsong was our soundtrack for the weekend. Just beautiful!

There was a touch of frost just before sunrise on our second day but generally, we had 'Goldilocks' weather: Just right! Sunny and warm in the day and a little nippy at night, but nothing a campfire and cosy down duvet couldn't remedy.

And while I was sitting there in my camp chair, I couldn't help but feel sorry for the people on the Cape Town to Joburg flight overhead which briefly interrupted our solitude. They had no idea what they were missing!

If you're planning a Tankwa trip, make sure your tyres are in good nick because these roads have a bad reputation for shredding tyres and there was plenty of evidence of this on the R355.

However, there seems to be a difference of opinion about tyre pressure. Old hands maintain that one should keep one's tyres inflated as softer tyres are more likely to be punctured by the sharp, flinty stones. We had our old Hilux's tyres at 2.1 bars and had no problems. Also, be sure to stay to the main tracks and keep your speed to 80km.

While the Langkloof campsite is restricted to 4x4 only because there is a river crossing, you're mostly dealing with general gravel roads, so all you need is good ground clearance. In fact, the old R355 between Ceres and Calvinia was in the worst shape because it probably takes more of a hammering than it used to in the past.

My advice: Take it easy, take it slow, and simply enjoy the space. 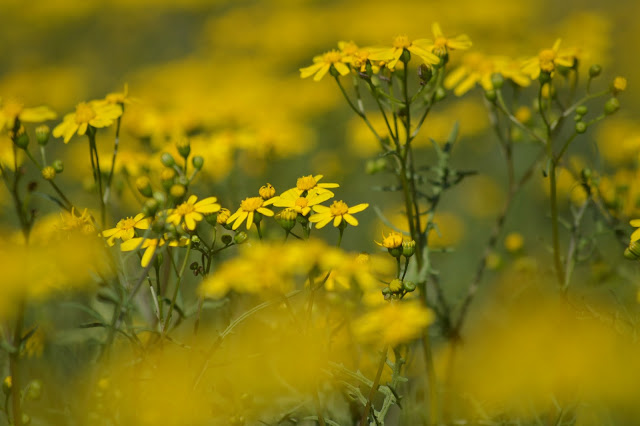